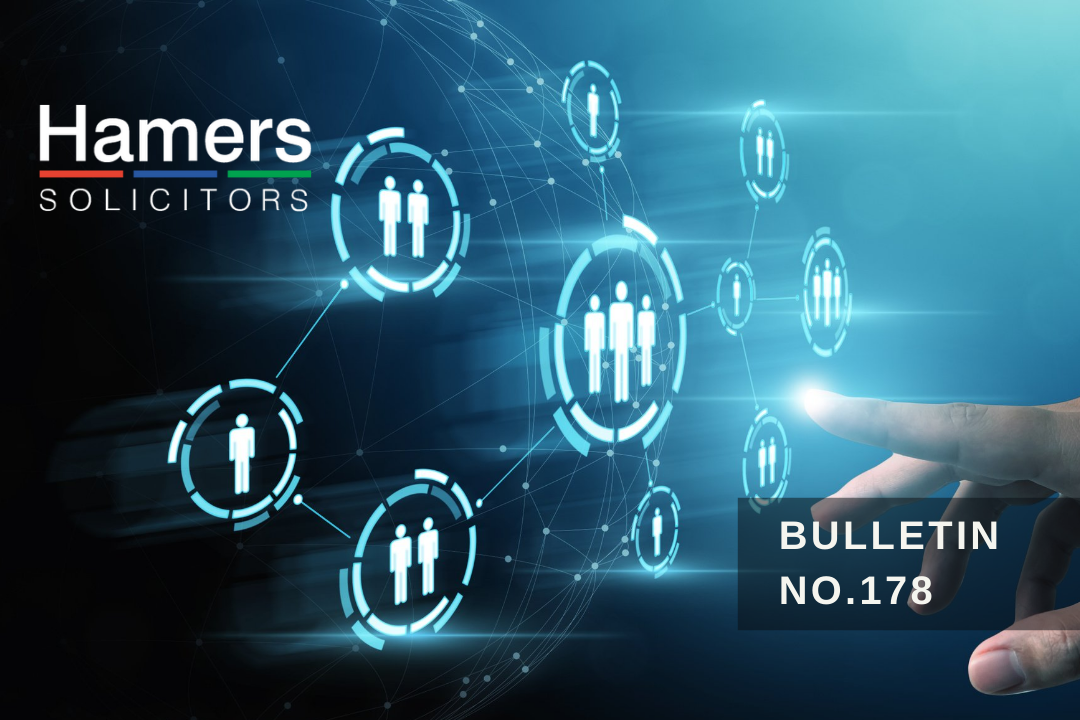 It has been quite the varied month in employment circles. Our employment law expert Lynsey Howes looks at direct discrimination, whistleblowing detriments, the Working Time Regulations and right-to-work checks.

Not an employment decision, but one that applies the principles of direct discrimination. The Court of Appeal was asked to determine whether it was direct discrimination for a foster agency to require that those applying to be carers must refrain from homosexual behaviour.

The case concerned Cornerstone, a foster agency that worked with the local authority to place children with foster carers. Cornerstone had certain expectations of those who sought to become carers for the agency and therefore be available for child placements. It was a requirement that those who applied were evangelical Christians who had high standards of morality, which included accepting that sexual intercourse should be reserved for Christian marriage. Homosexual behaviour was also forbidden under the rules.

Following a visit by Ofsted, which regulates fostering agencies, a decision was made that the requirements imposed by Cornerstone amounted to direct discrimination. Cornerstone sought to overturn the decision by means of judicial review and succeeded, having argued that it was compatible with the Equality Act 2010 to restrict membership to evangelical Christians.

Peter Jackson LJ, for the Court of Appeal, disagreed. He held that the argument put forward that they were allowed to discriminate against non‐Christians, and that therefore not allowing homosexuality was akin to the same thing, may sound logical but was in fact flawed. He was clear that Parliament had never intended a situation where a religious belief would be equated to sexual orientation. In other words, it was not the intention to pit one protected characteristic against another. The action was therefore discriminatory.

Under s104 Employment Rights Act 1996, an employee can claim automatically unfair dismissal if they are dismissed having asserted a right under the provisions. In the case of Simoes v De Sede UK Ltd, the EAT was asked to decide whether an employee actually had to work a shift of a new work pattern before they could bring a claim. The EAT said not necessarily.

The claimant had agreed to work additional shifts to cover a colleague’s holiday, until she realised that this would result in her working 14 consecutive days without a break. She stated that she would not be able to work this many days without a break and pointed out that in any event this would be in breach of the Working Time Regulations.

As if to underline how complex whistleblowing claims can be, the decision in Kong v Gulf International Bank Ltd, now adds a further twist.

The EAT was asked to determine whether an employment tribunal was entitled to find that the motivations of the manager who complained about the claimant were not attributable to the employer.

The EAT agreed, saying that three requirements must be met before the principles in Royal Mail Group v Jhuti are met. Namely, the person who was motivated to dismiss the employee because of the protected disclosure must be one and the same person. So, in this case that would have been the Head of Legal who had subjected the employee to detriment. The dismissing manager must be dependent on that person for the facts, and lastly the role of the person who procured the dismissal is such that it would be logical to attribute to the employer their motivation.

In this case the EAT did not consider any of these elements was satisfied. The EAT was happy to conclude that the managers who dismissed were not influenced by the protected disclosures already made, nor by the Head of Legal who subjected the claimant to detriment, and as such the employer could not have those detriments attributed to it for the dismissal that took place.

It has been announced that the end date for the adjusted checks for rights to work have now been extended to 5 April 2022. This means checks can be conducted by video call and scanned documents can be accepted.

If any of the matters raised in this newsletter raise any questions, please do not hesitate to contact us. Bye for now.

Lynsey and the team.