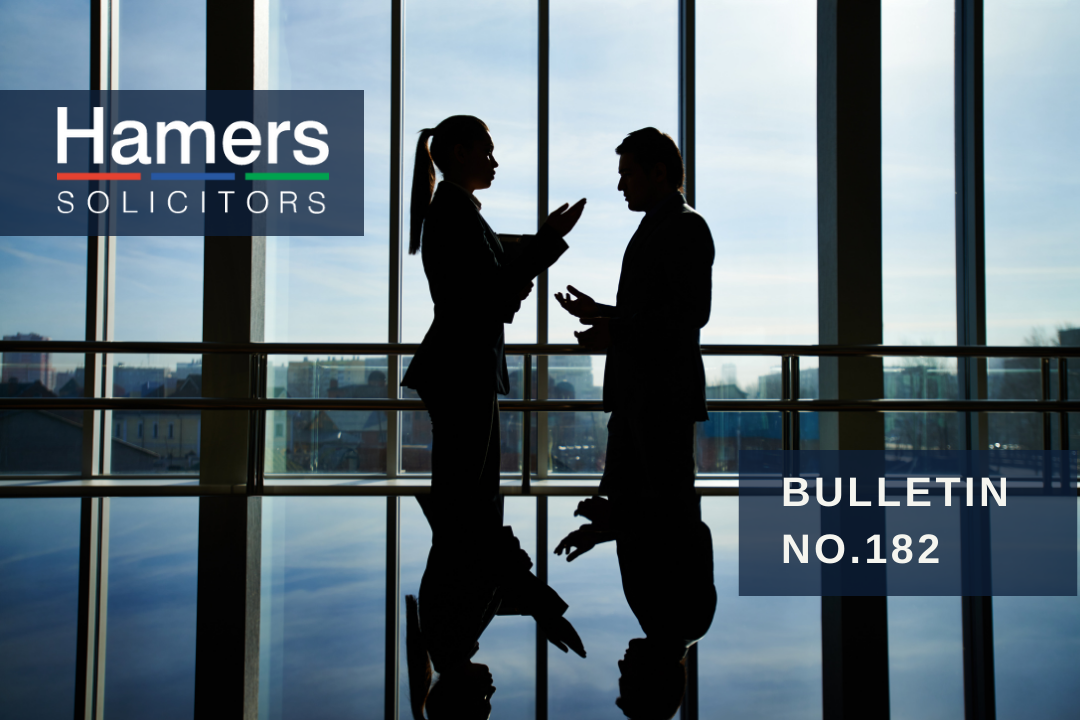 Is it possible for the employer to be liable for the actions of its employees when they are messing around? The answer is sometimes, but not in the case in question.

In this case of Chell v Tarmac Cement and Lime Limited, Tarmac was not held to be liable for the actions of one of its employees.

The circumstances were that the Claimant was employed by Roltec Engineering Ltd as a site fitter, and the site was operated by Tarmac.

Tarmac also had their own employees on site, some of them also fitters. Unfortunately, there was some friction between the two sets of fitters which resulted in a Tarmac fitter striking his hammer at a target upon a bench close to where the Claimant was working and more importantly next to the Claimant’s ear. As a result, the Claimant suffered hearing loss and tinnitus.

The Claimant argued that Tarmac should be vicariously liable for the injury that he had suffered as a consequence of the actions of one of its employees. The Court of Appeal dismissed the claim.

In its decision the Court of Appeal was clear that for the claim to succeed the question was whether the wrongful act, in this instance the striking of the hammer close to the Claimant’s ear, was sufficiently linked to conduct authorised by the employer to make it vicariously liable for the resulting injury. In this case it was not.

It should be noted however, that the Court also commented that malice and undisciplined staff, playing around, could result in a foreseeable risk of injury and could then result in the employer being liable – but on the facts in this case, that claim was not made out.

This is a case which shows how important good discipline, training and supervision of staff is, if claims of vicarious liability are to be avoided.

Grievances are often a time of pressure for all involved, whether because it is the first they have dealt with, because they are nervous about the procedure or perhaps because the issues are complex and further advice is needed about the law.

Whatever the reason, grievance procedures, can be viewed with apprehension. Once concluded, the process often presents employers with a time of reflection on policies and the professional interaction of staff and training. The case in question, however, resulted in a wholly different outcome.

Hope v British Medical Association concerned a Claimant who had issued numerous grievances, but then refused to either pursue them or withdraw them. The process had not been capable of resolution at the informal stage, as the Claimant wished to discuss them with his immediate line manager. This was not possible as the Claimant’s manager did not have the authority to deal with complaints about those more senior than himself.

The Respondent eventually made the decision that the Claimant be dismissed for gross misconduct as a consequence of his frivolous and vexatious behaviour and the abuse of process.

The Claimant applied to the Employment Tribunal claiming unfair dismissal. The Tribunal found the dismissal to be fair. The Claimant appealed to the EAT. The EAT was clear that it was not a question of whether the conduct relied upon was capable of being gross misconduct, it was a question of statute and whether in all the circumstances the Respondent was reasonable in believing the conduct capable of misconduct. The appeal was dismissed.

Was it possible for an Employment Tribunal to make a finding that a director and shareholder of a small family business was neither an employee nor a worker? The EAT said yes on the facts.

In a decision which appears to flow against the recent decisions on status, the EAT agreed with the decision of the Employment Tribunal that on the facts of this case, the Claimant was neither employee nor worker.

The Claimant had worked as a site manager within the business, but had no written contract of employment or other terms of business. He was however paid a salary and the normal tax and NI deductions were made at source.

However, evidence heard by the ET from the Respondent was accepted, namely that the Claimant’s brother and other shareholder would have had no problem if the Claimant had sent a substitute to do the work at any time. Unfortunately, in this case the recent decision of Secretary of State v Neufeld, which said there was no reason why a director and shareholder could not be an employee, was not considered, leaving it open for the EAT to conclude that the ET had considered all of the facts before it. The decision was not perverse on those facts and the Claimant was not in this instance either an employee or a worker.

Of course, with this finding the Claimant could not pursue a claim for unfair dismissal. It is another important lesson in ensuring that all paperwork is in place, to create certainty around the relationships within the business.

If it is on your 2022 to-do list to review contracts, policies and procedures, or perhaps to provide some training on disciplinaries, grievances or other day to day employment problems, then remember we are only a call away and can provide a full range of services to help you out.

Bye for now. Lynsey and the team.